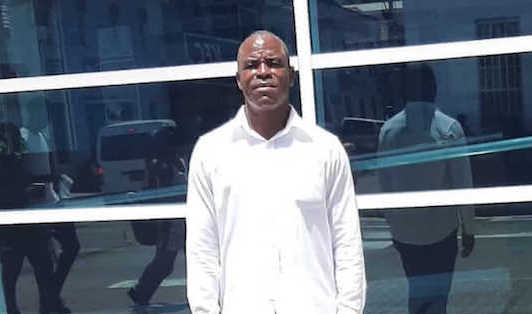 Give the man what rightfully belongs to him.

This is the constant plea made by many Grenadians who have become aware of the EC$540,000 affair between a lotto winner in 2017 and the bosses at the Grenada National Lottery Authority (GNLA).

This weekend’s e-paper of THE NEW TODAY highlighted on its front page the efforts made by the Lottery Authority not to make the big pay-out to Jerome “Stew Man” De Roche and used all kinds of underhand practices including the alleged tampering with the machine in order to keep the money for itself.

“Stew Man” is a popular figure in the city as he can be seen on a daily basis outside of the Republic Bank on Melville Street selling his fruit stews like mangoes and golden apples.

He was forced to retain attorney-at-law Ruggles Ferguson of Ciboney Chambers to fight the powers-that-be in this state-run body and in the end high court judge Justice Agnes Actie ruled in his favour and against the Lottery Authority to pay him all his money plus interest.

The “Stew Man” vs Lotto saga has re-opened a debate in the country on preferential treatment for the rich and powerful in the society as opposed to the scant courtesy and disrespect dished out to the “poor and little man” in the society.

As a public service, THE NEW TODAY has decided to release the audio of an interview which George Worme did with “The Stew Man” who went into great details about the manner in which the GNLA attempted to frustrate him in its efforts to prevent him from laying his hands on EC$540, 000 won in a Super 6 game.